Several wildfires in northern California have prompted mass evacuations in the Napa Valley, fire officials say. The Atlas Peak fire was the largest, quickly growing to more than 200 acres near Napa, and a fire near Calistoga had burned several buildings and prompted mandatory evacuations along several roads.  Early Monday morning, the Sonoma County Sheriff’s Department said fires had also erupted in Santa Rosa, Windsor and Sebastopol. 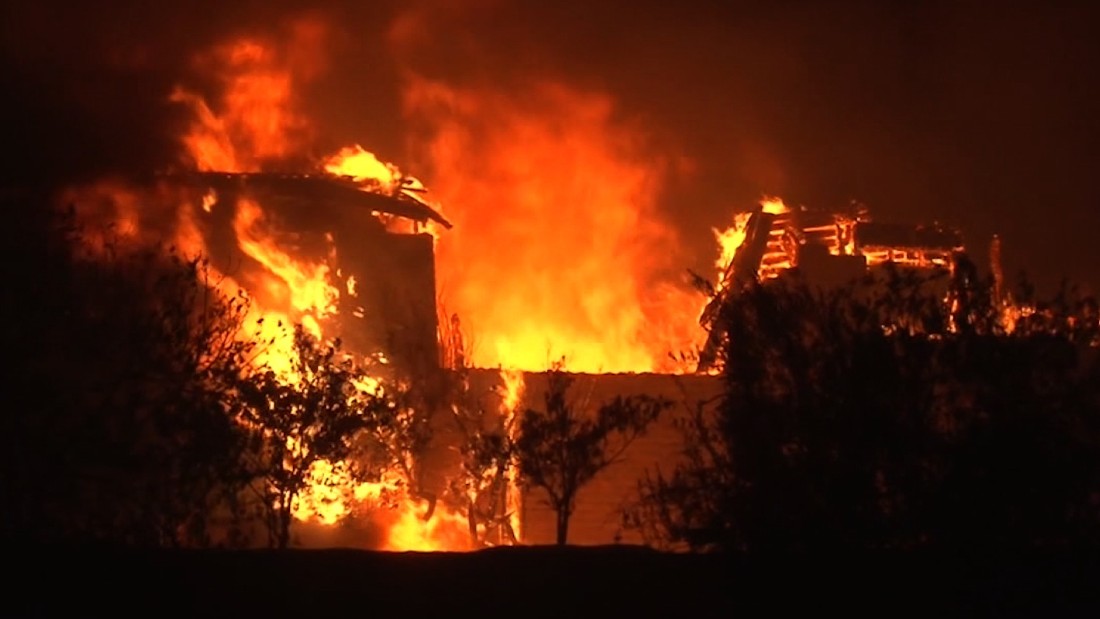 Via www.cnn.com
(CNN)Wildfires in California’s wine country raged overnight forcing evacuations from a hospital,…
10/09/2017 7:49 AM