Metallica led the audience in Manchester through a rendition of local band Oasis’ “Don’t Look Back In Anger” during a concert in the city on Oct. 28. You can watch the video, which shows guitarist Kirk Hammett and bassist Robert Trujillo playing for the crowd. The show took place at the Manchester Arena, where a terrorist attack killed 23 and injured 250 others during an Ariana Grande concert in May. 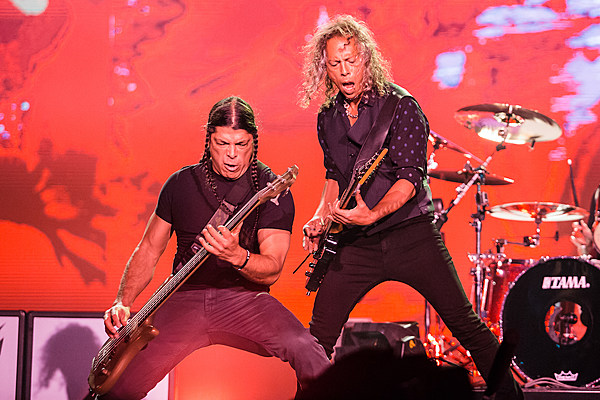 Via loudwire.com
Watch as Robert Trujillo and Kirk Hammett lead the crowd in the Oasis anthem at a Manchester…
10/29/2017 9:41 AM