‘House of Cards’ Production To Resume Without Kevin Spacey

Netflix has decided to move forward with the final season of “House of Cards” without Kevin Spacey.  Netflix announced Monday that the upcoming sixth and final season of the acclaimed drama will begin production early in the new year. Season six will consist of eight episodes starring Robin Wright as Claire Underwood. The future of the series has been in limbo and production had been put on hold since Oct. 31st, after sexual misconduct allegations against Spacey surfaced in late October. 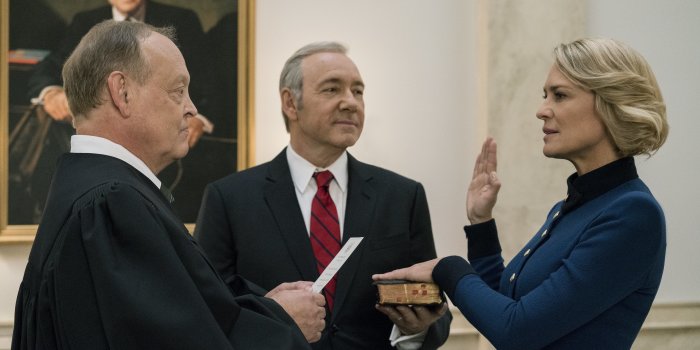 ‘House of Cards’ Will Return on Netflix, Without Kevin Spacey