Blondie and Joan Jett have joined forces for a video for Doom Or Destiny, one of the highlight’s from Blondie’s well-received Pollinator album. The video is a highly-charged, political affair in which Deborah Harry and Jett sit behind a news desk as images of gilded gas masks, swastikas and a sock-puppet Donald Trump appear on the screen. The video was made by longtime Blondie collaborator Rob Roth, who began working with the band at the time of the No Exit album in 1999. 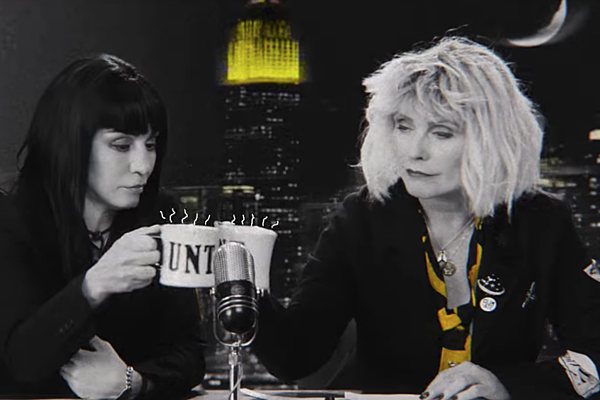