President Donald Trump applauded Republicans for passing a sweeping tax bill Wednesday, promising Americans they would see relief by February. During a cabinet meeting Wednesday, Trump said the “historic” bill would be an “incredible Christmas gift for hardworking Americans” and touted the lower corporate rate that he says will keep businesses in the country.  GOP senators and members of Congress came to the White House later Wednesday — after the House voted on the measure a second time — to celebrate the bill’s passage. The bill also marks the first significant legislative achievement of Trump’s presidency. 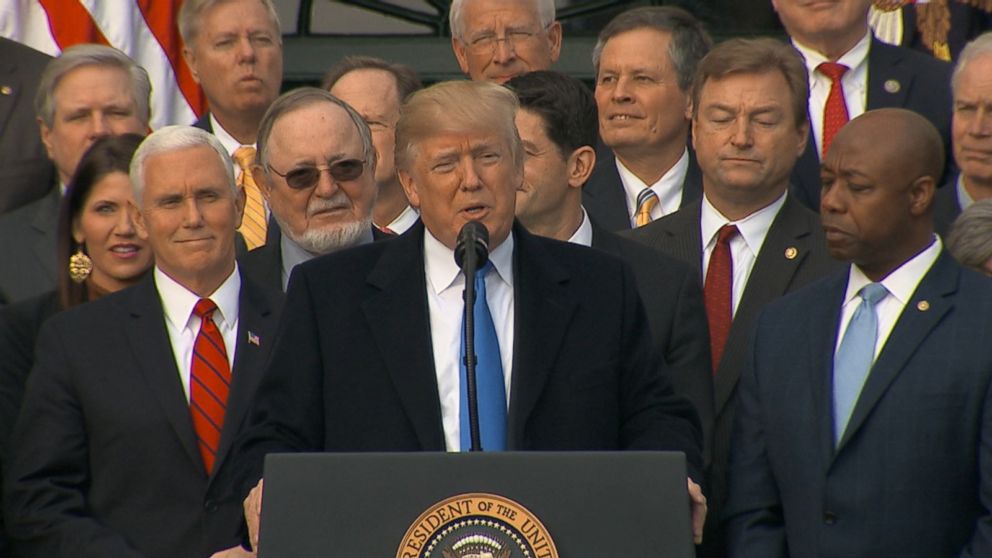 US Ambassador Nikki Haley Warns Diplomats On Jerusalem: President Trump Is Watching You