Ratt Announces They Will Tour In 2018

According to RATT’s official Facebook page the band will tour in 2018, according to a recent post. However, no further details have been provided. RATT’s classic-era members Juan Croucier (bass), Stephen Pearcy (vocals) and Warren DeMartini (guitar) reunited in October 2016 for a surprise performance on a Monsters Of Rock cruise. The trio has since played a series of RATT shows, including high-profile sets at Maryland’s M3 Rock festival and Oklahoma’s Rocklahoma. 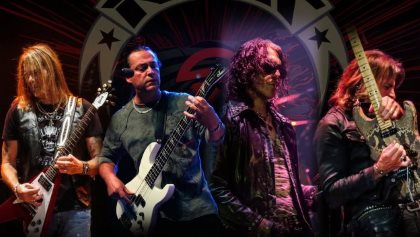