In mid-November, country star Carrie Underwood tripped and fell on the stairs outside her Nashville home, and according to her publicist she had “non life-threatening injuries including a broken wrist and cuts and abrasions.”  However on New Year’s Day, Underwood sent a letter to her fan club members and revealed that her injuries were actually more serious than initially reported. Underwood, 34, explained that in addition to her broken wrist, she injured her face. “I’ll spare you the gruesome details, but when I came out of surgery the night of my fall, the doctor told Mike (Underwood’s husband, hockey player Mike Fisher) that he had put between 40-50 stitches in. Now here we are 7 weeks later and, even though I’ve had the best people helping me, I’m still healing and not looking quite the same.” 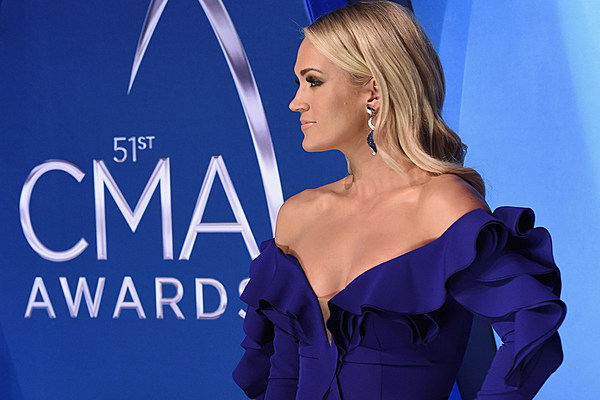