Marilyn Manson and Johnny Depp have teamed up in the past, and it looks like they could be spending a lot more time together, if you believe the rumors circulating. Manson took to Twitter yesterday to say that “Johnny Depp is considering a position on guitar.” The duo worked together on various videos and projects over the years, with Depp most recently making appearances in Manson’s “SAY10” and “KILL4ME” videos from Manson’s most recent album Heaven Upside Down. This wouldn’t Depp’s first appearance as a guitarist; he and Alice Cooper, along with Joe Perry and Guns N’ Roses bassist Duff McKagan and drummer Matt Sorum, formed the supergroup Hollywood Vampires back in 2015, where Depp played guitar. 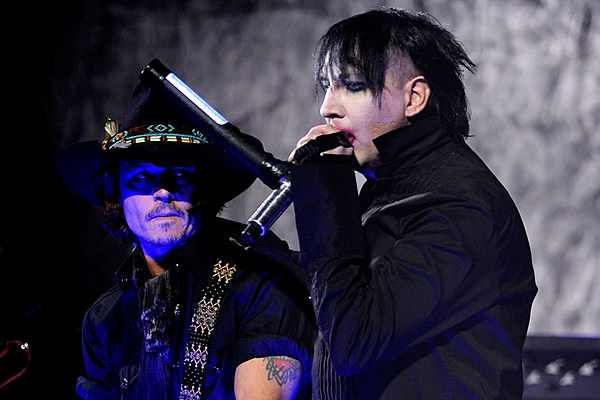 Via loudwire.com
Marilyn Manson reveals that he’s talked with Johnny Depp about playing guitar for his…
01/17/2018 10:32 AM