New details have emerged about the shocking abuse 13 children allegedly endured at the hands of their own parents when they were held captive in their own home in California. Riverside County district attorney Mike Hestrin revealed on Thursday that David and Louise Turpin’s 13 children, aged 2 to 29, had been tied up for years as a punishment; when one child managed to break free, the parents shackled them to beds with chains and padlocks and were not even released from their shackles to go to the toilet. Mr Hestrin said all 13 children were severely malnourished. The parents, who appeared in court on Thursday dressed in black and with their legs shackled, appeared calm as they plead not guilty to multiple counts of torture and abuse. Disturbing stories have been revealed, including that the couple would bring home food for themselves but not allow the children to eat it. A law enforcement official said that the children were served only one rationed meal per day and that several of the kids were cognitively impaired as a result of the starvation, had nerve damage because of the “extreme and prolonged physical abuse” and “lacked a basic knowledge of life”. He also revealed that the children were permitted to shower only once a year. 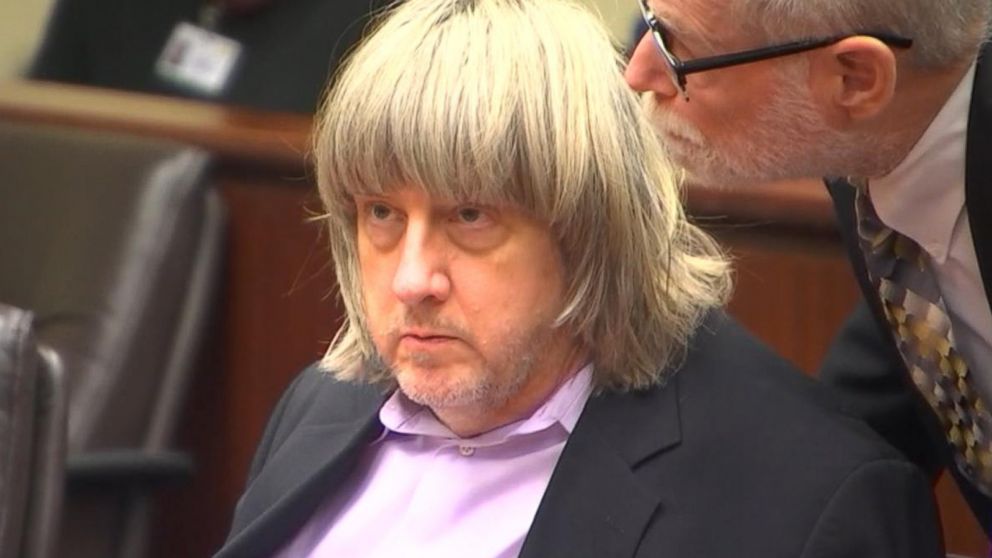