According to his nomination packet, “Chad is not only an exceptional employee, he is a fine human being…While he understands and performs his professional duties as a police officer very well, he also understands that he is an integral part of the broader education effort. Often times you will see him working with student groups, providing a guest lecture in class, or collaborating with colleagues on one of our many events.”

Trebby is also NWCCD’s nominee for the statewide Classified Employee of the Year Award, given by the Wyoming Association of Community College Trustees. One award winner is selected at the state level and will be recognized at the WACCT Conference on Feb. 21 in Cheyenne. 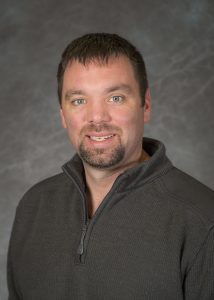 According to her nomination letter, Miller exemplifies teaching excellence with an approach that consists of an interactive lecture incorporating visual, aural, and social strategies to reach a broad variety of learning styles. She has been an instructor at Gillette College for 10 years.

“Miranda puts an extraordinary amount of time and effort in developing material that will not merely expand the horizons of our students, but will engage them in ways that force them to be much more critical and thoughtful participants of the communities in which they reside,” her nominator explained.

CCH restricts visiting at The Legacy due to Flu