Thousands of Cranberries fans lined up outside of a Limerick, Ireland church this weekend, where Dolores O’Riordan was lying in repose ahead of her funeral Tuesday – to pay tribute to the singer who died last Monday at the age of 46.  Fans congregated outside of St Joseph’s Church Sunday, the first public viewing since O’Riordan’s death on January 15th; earlier in the week, a London’s coroner announced they had released the singer’s body back to her family after conducting an autopsy, the results of which will be revealed no earlier than April. The public viewing concluded Sunday afternoon, before she is laid to rest Tuesday at St Ailbes’ Church in Ballybricken. 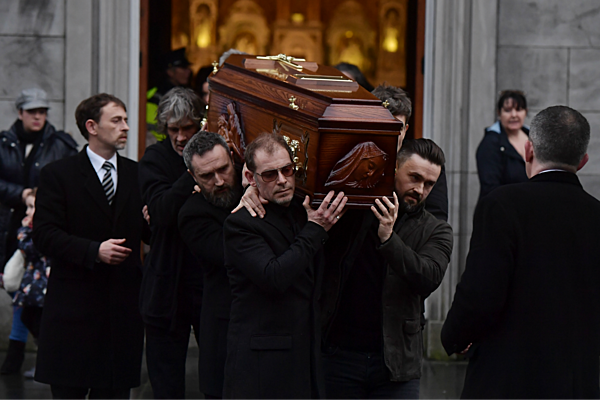 Dolores O’Riordan Laid in Repose Ahead of Her Funeral Tuesday