Lynyrd Skynyrd announced it is going to embark on a farewell tour. Rolling Stone reports that the band members made the announcement Thursday. The tour begins May 4 in West Palm Beach, Florida, and ends Sept. 1 in Atlanta.  Special guests will join the Southern rock band along the way, including  Kid Rock, Hank Williams Jr., Bad Company, the Charlie Daniels Band, the Marshall Tucker Band, 38 Special, Blackberry Smoke and Blackfoot. The Last of the Street Survivors Farewell Tour will have stops in Tampa, Cleveland, Charlotte, North Carolina, and Mansfield, Massachusetts. Tickets go on sale Feb. 2 at 10 a.m. local time.  More information on VIP tickets and tour dates can be found at LynyrdSkynyrd.com. 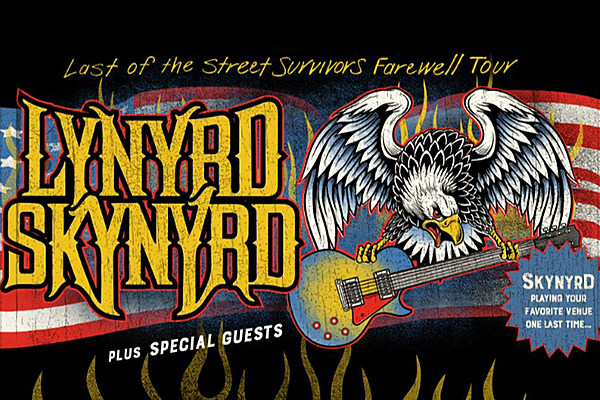 Pearl Jam To Play Seven ‘Home’ And ‘Away’ Shows This Summer