Johnny Depp To Tour The UK With Hollywood Vampires

Written by broebling on February 8, 2018

The Hollywood Vampires will tour the UK for the first time ever this summer. Alice Cooper, Johnny Depp and Joe Perry’s legendary supergroup are bringing their electric show to Birmingham, Manchester and Glasgow this June, finishing up at Wembley Stadium in the U.K. on June 20.  The trio will be joined by The Darkness and The Dammed at the four concerts. The Vampires began on Hollywood’s Sunset Strip at the iconic Rainbow Bar & Grill’s upstairs bar, and over the years has featured the likes of the late John Lennon and The Who’s Keith Moon. Shock rocker Cooper, actor and guitarist Depp and Aerosmith star Perry released their self-titled LP in 2015, which featured guest appearances from Sir Paul McCartney and Foo Fighters’ Dave Grohl. 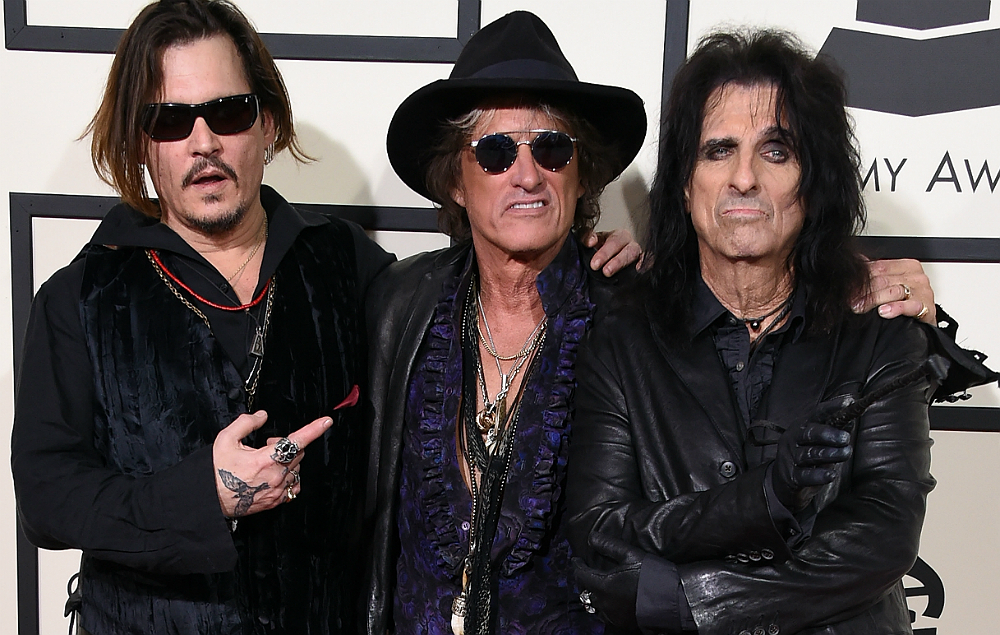 Via www.nme.com
Hollywood Vampires, the supergroup made up of Alice Cooper, Johnny Depp and Aerosmith guitarist…
02/07/2018 12:48 PM