A group of Washington, D.C., teenagers staged a “lie-in” outside the White House on Monday to show their support for the victims of last week’s mass shooting at a Florida high school — and to demand action from President Trump on gun control. “Teens for Gun Reform” took turns lying down for three minutes to symbolize “how quickly” the organization says suspected shooter Nikolas Cruz could have legally purchased the gun he allegedly used to kill 17 people at Marjory Stoneman Douglas High School in Parkland, Fla., on Feb. 14. In a statement posted on its Facebook page the group said “we call on President Trump and leaders from both parties to finally act in the interest of America’s youth and end these tragic mass shootings!” Dozens of teenagers participated in Monday’s lie-in. The demonstration was just one of several student-led protests planned in response to the Florida school shooting. 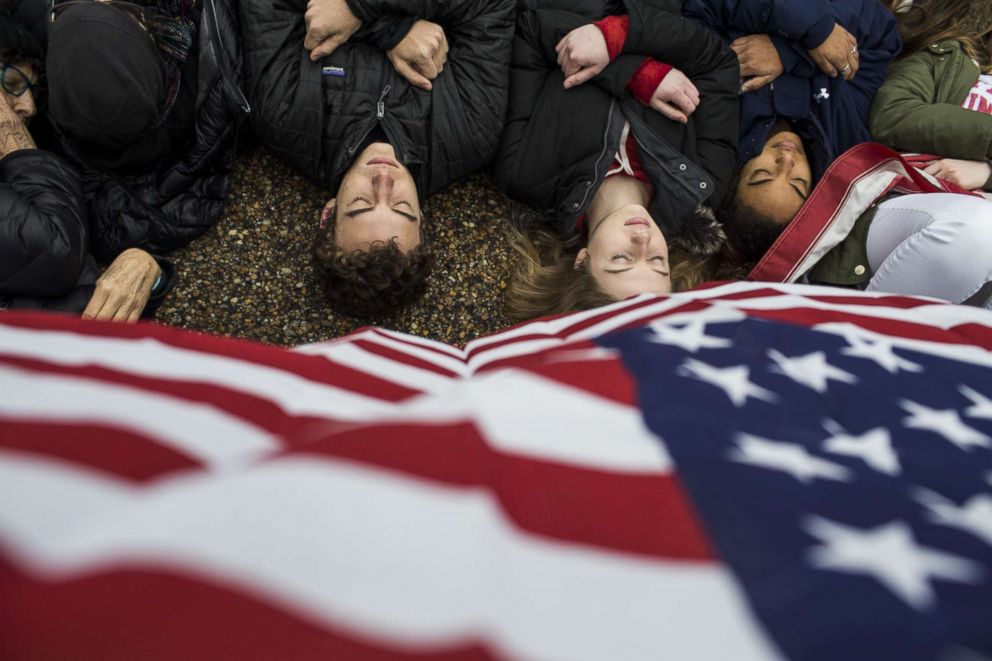