Rob Zombie and Marilyn Manson have announced a joint tour of North America.  The tour is being billed as The Twins Of Evil: The Second Coming Tour and is set to begin at Detroit’s DTE Energy Music Center on July 11, concluding at Irvine’s Fivepoint Amp on August 29.  Zombie’s official website said in the following statement: “They said it couldn’t happen again! But never say never – the Twins Of Evil are back this summer for a co-headliner tour. Yes, Rob Zombie and Marilyn Manson are heading out on tour again to bring their unique brands of showmanship to audiences across North America.”  Tickets will go on general sale March 24 and are part of Live Nation’s “Ticket To Rock” program which offers bundles to shows including Five Finger Death Punch and Breaking Benjamin and Avenged Sevenfold, Prophets Of Rage and Three Days Grace. A full list of dates can be found in the article below. 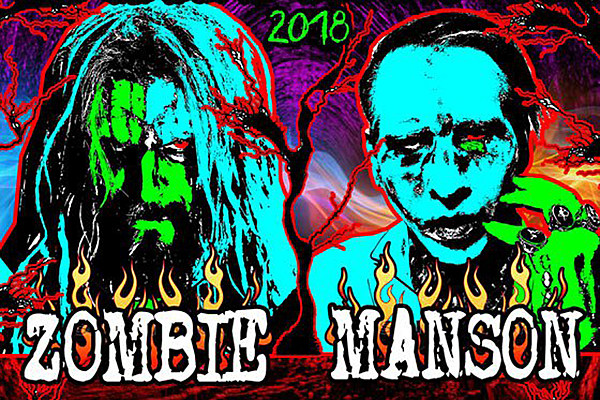 Via ultimateclassicrock.com
Add Marilyn Manson and Rob Zombie to the list of package tours hitting the shed circuit this…
03/05/2018 2:21 PM

Thomas Rhett Scores Tenth No. 1 Single With “Marry Me”