Kelsea Ballerini will become the first country singer to perform on YouTube’s Good Mythical Morning this week; and a 60-second clip of her appearance proves she is there to bring some laughs. Good Mythical Morning with Rhett & Link is an unconventional and innovative talk show that invites guests on for games and off-beat conversation. Now in its 13th season, the series has over five billion views on multiple video networks. In the clip, Ballerini is trying to sing her new single “I Hate Love Songs,” but finds herself struggling. This episode of Good Mythical Morning will be available starting on Friday, March 9. She recorded the show between stops on her Unapologetically Tour, which runs through April. 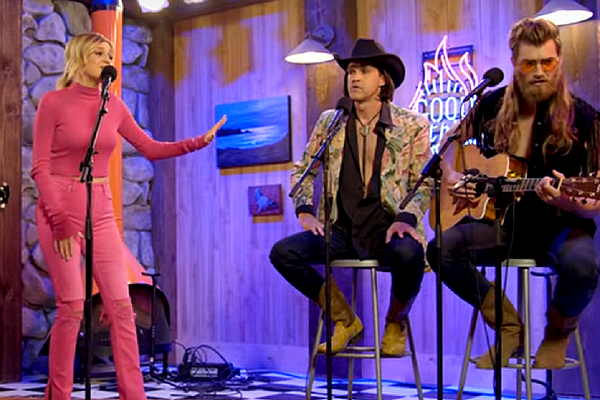