Rock guitarist Slash has been granted a restraining order against a man who was seen acting aggressively near his home after failing to gain entry. The unnamed man attempted to persuade a number of people that he was a close friend of Slash’s. Court action was taken after two incidents in recent weeks. Documents claimed that the man tried to join a private Super Bowl party at Slash’s house on Feb. 4 by saying he was a friend. When he was refused entry, he rang the doorbell a number of times and attacked a security camera. Two weeks later, the man returned to Slash’s home.  After failing to get into another private party, he sat outside revving his motorcycle engine. No details have been released regarding the motivation for the aggressor’s actions.  A temporary restraining order was issued, and the case is to be heard at a court in Pasadena, Calif., on March 29. 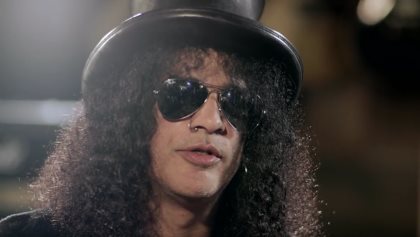 The Trailer For Neil Young’s Netflix Original “Paradox” Is Released