One month after 17 people were killed at Marjory Stoneman Douglas High School in Parkland, survivors joined tens of thousands of students across the U.S. by walking out of school on Wednesday morning. The mass protests were held at 10 a.m. local time in each time zone and lasted 17 minutes, one for each of the Parkland victims. Organizers said the purpose was to highlight “Congress’ inaction against the gun violence plaguing our schools and neighborhoods.” An estimated 185,000 people in 50 states were expected to join the walkout, with around 3,100 schools planning to participate. At Columbine High School in Littleton, Colorado, the walkout lasted 30 minutes — 17 minutes for the Parkland victims, and 13 for each victim of the massacre at the high school in 1999. During the half-hour of silence, students released red, white or blue balloons, one at a time, in memory of those killed.  In Parkland, crowds that had gathered cheered as students exited the high school and gathered in the center of the football field. 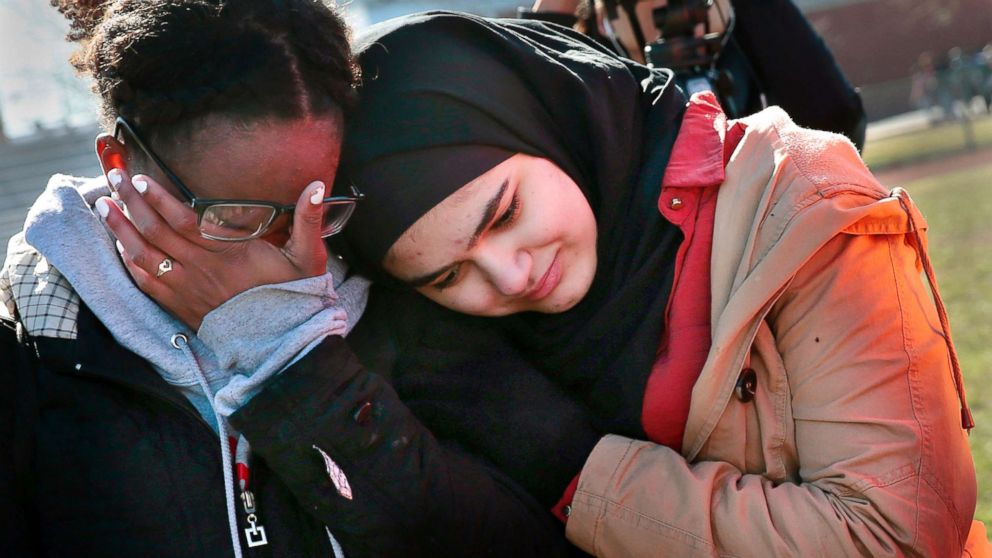 Via abcnews.go.com
Thousands of high school students, many still far from voting age, are streaming out of schools…
03/14/2018 1:11 PM