Kane Brown has risen to the top of the country music charts, and now he is in the Guinness World Records book as the first act to top five U.S. country charts simultaneously. Brown was presented with his record certificate at the Sony Music Nashville office in Nashville this week. On Oct. 28, 2017, Brown became the title holder for the first act to top five U.S. country charts simultaneously, including Top Country Albums, Country Digital Song Sales, Country Airplay, Hot Country Songs, and Country Streaming Songs. “It feels awesome to be a Guinness World Records title holder and to be the first artist to achieve this with Billboard. I attribute my success to my fans for helping me get to where I am today,” said Brown in a statement. Brown is having an amazing year.  He is also nominated for New Male Vocalist of the Year and for Vocal Collaboration for “What Ifs” featuring Lauren Alaina for the ACM Awards, which will be aired live April 15 on CBS. 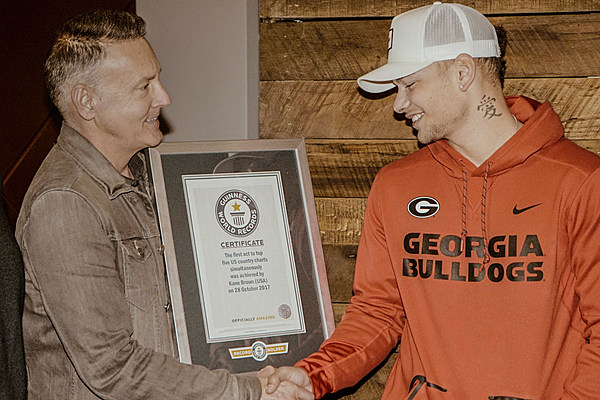