Several fatalities were reported after a newly installed pedestrian bridge at Florida International University collapsed Thursday, leaving several vehicles trapped underneath the sprawling wreckage. Florida Highway Patrol said there were several fatalities after the structure, called the “Instant Bridge,” collapsed just before 2 p.m. at the Miami-area university. No official number was released at press time. Miami police confirmed that Miami-Dade Fire Rescue had recovered six people with injuries. The bridge, projected to be finished in early 2019, was set to link the university’s Modesto A. Maidique Campus, where an estimated 4,000 students live. The bridge is a $9.3 million project and was just installed on Saturday, with many celebrating the new construction. 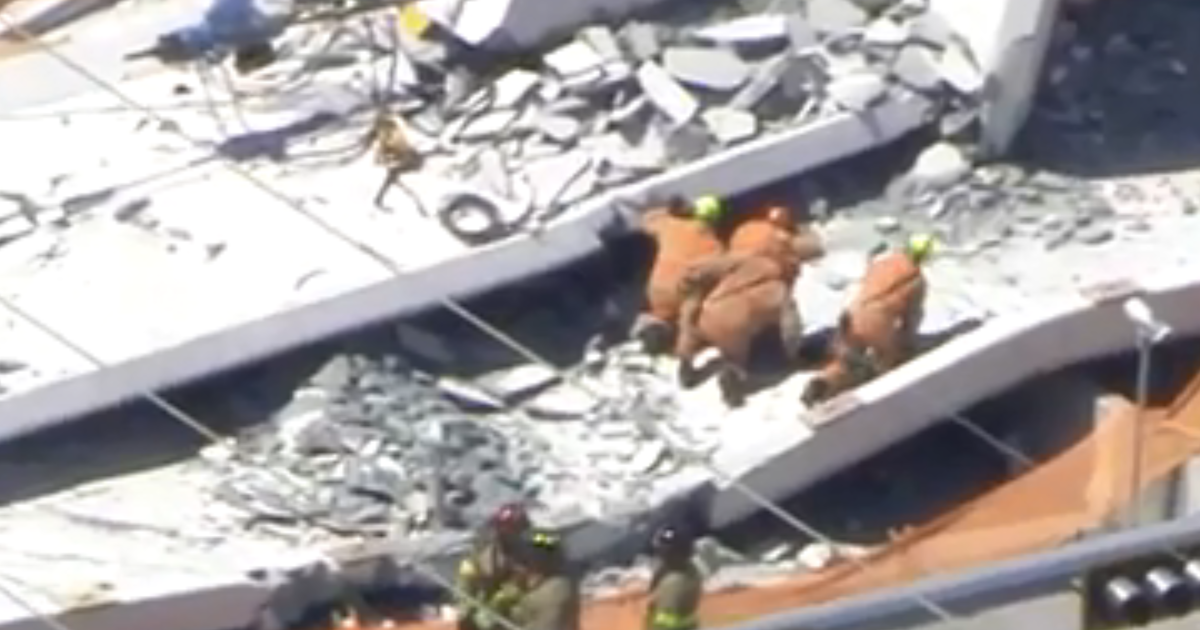 Via www.cbsnews.com
At least five cars were crushed when the bridge collapsed over a roadway
03/15/2018 2:18 PM