The project has been underway for several years, with Eddie Van Halen’s son reportedly playing all the instruments and recording all the vocals. He’s been working with Michael “Elvis” Baskette, who has previous production credits with Slash and Alter Bridge, among others.

“There are no words to describe the sense of excitement and accomplishment of finishing the last mix on this amazing record,” Baskette said in a protected tweet (via Bravewords). “It’s so awesome and I’m super proud of it on all levels. It’s been a long time coming but it will be very worth the wait! Proud of you … love ya.”

In 2015, Eddie revealed the project was underway and that the material was so strong Wolfgang didn’t need any input from his dad. “Wait till you hear his record,” he said. “This isn’t Pop talking – this is real talk. It blew my mind.” He later described his son’s music as “AC/DC meets Van Halen meets aggressive pop. … The riffs are catchy. It’s a little of everything and sounds like a freight train coming at you. I’ve never heard anything quite like it. It’s so powerful that I’m jealous.”

Wolfgang released three short teaser clips last year – the first being just a second long, the next ran 10 seconds and the last one was 17 seconds. You can hear them below. No title, track listing or release date for the album have been announced yet. 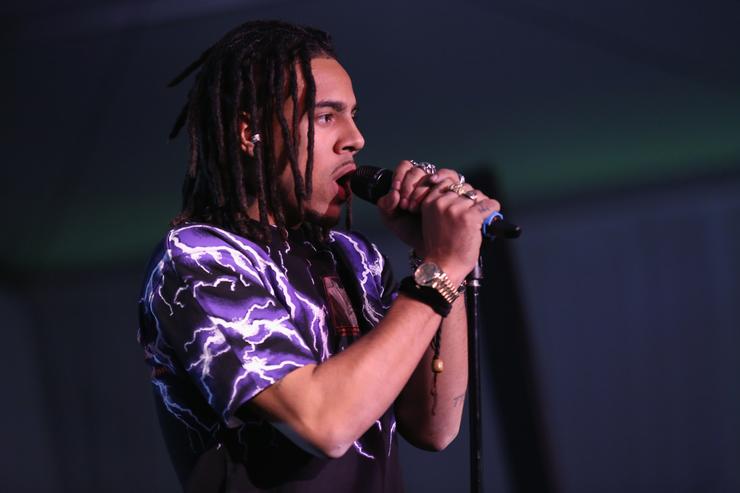