A 14-room house in the Hollywood Hills has already changed hands for a second time, even though it was built only two years ago. The new buyer, Queen singer Adam Lambert, paid $6.5 million for the home.

“Have you ever dreamed of being king of the hill?” the listing by Branden Williams, of Trevor Wright and Greg LaPlant at Hilton & Hyland, asked. “Welcome home. You’ve arrived. … Every room in this pristine modern estate overlooks the City of Angels with seamless indoor-outdoor flow. Wake up to your master bedroom, equipped with his/her closets and massive bathroom, with a stone’s throw to all the best restaurants and nightlife. Live like royalty in this magical property and live the California dream.”

Including five bedrooms and six bathrooms, the 5,028-square-foot property also contains a wine closet, home theater and an office. The kitchen and living room open up via large glass doors to the patio, which has fire pits, an infinity-edge pool, a hot tub and a barbecue.

The Los Angeles Times reports that the house was purchased last year for $6.8 million, and had recently been listed for $7.3 million. Lambert also owns another place in the area that was put on the market last year for $4 million. 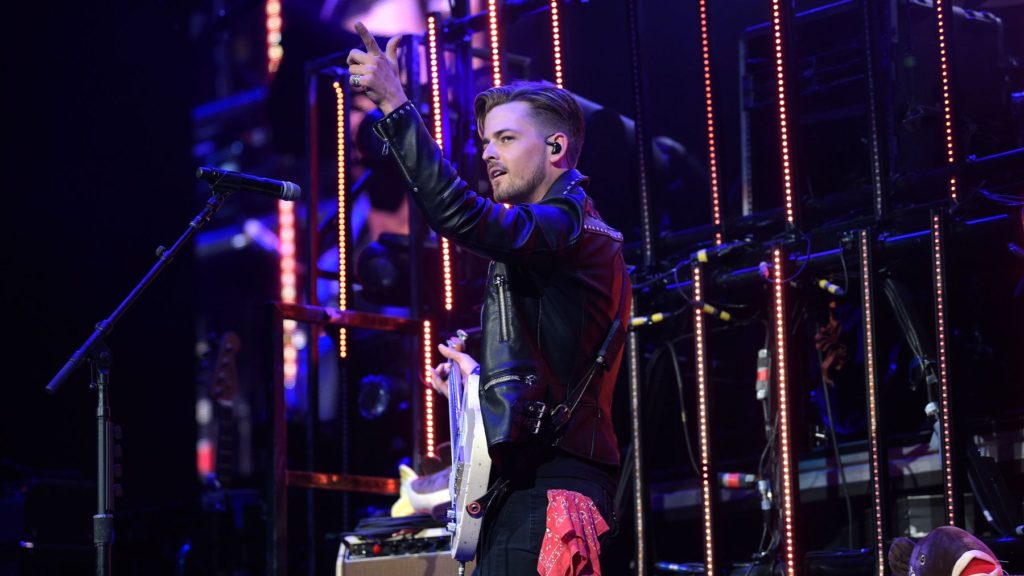