Press Release – A University of Wyoming professor of entomology who has discovered and named more than 190 insect species from 29 different countries – and whose career choice was influenced by Dr. Seuss – is being recognized for his teaching, scholarship, and service.

Scott Shaw is recipient of the Andrew Vanvig Lifetime Distinguished Faculty Achievement Award from the College of Agriculture and Natural Resources. The award honors a senior faculty member with at least 15 years of service in the college. Shaw joined UW in 1989 and is the Insect Museum curator in the Department of Ecosystem Science and Management.

Shaw has mentored 21 graduate students and established an undergraduate honors course in tropical ecology that includes opportunities to conduct research in the high-altitude cloud forest surrounding the Yanayacu Biological Station in Ecuador, where he has surveyed caterpillars and their associated parasitoid wasps and flies. Ecuador is one of many places he has studied and named insects.

In recognition of his teaching excellence, Shaw received the College of Agriculture and Natural Resources Outstanding Educator award in 2010.

He has published more than 150 scientific publications about insects.

Shaw has received national and international recognition for his research on wasp species, noted Bret Hess, interim dean in the college.

“Scott was selected because he has made a significant impact on his discipline,” said Hess.

His book “Planet of the Bugs: Evolution and the Rise of Insects,” published in 2014, tells the story of the dominant insect species and how they shaped life on earth. The work has been translated into Korean, Japanese and Chinese, and an Arabic version is being prepared.

Shaw received his undergraduate degree from Michigan State University and his master’s and doctorate at the University of Maryland College Park. He was curatorial associate of entomology at Harvard, managing the vast insect collection at Harvard’s Museum of Comparative Zoology for five years prior to joining UW.

In 2009, Shaw supported and testified before a Wyoming legislative committee to designate the Sheridan’s green hairstreak (Callophrys sheridanii) as the state butterfly. Selecting a state butterfly was the idea of third-grade students at Big Horn Elementary School in Sheridan County.

Shaw’s distinguished career might not have happened without Dr. Seuss. Shaw related in earlier interviews that events in “The Cat in the Hat” and the 1960s science rush conspired to eventually land him in entomology and scientific research.

Thing One and Two in the story motivated Shaw to get his first net, and he has been netting insects since he was 4 years old. The space rush of the 1960s had him dreaming of becoming a space shuttle astronaut. He claimed astrophysics as an initial major as an undergraduate, but that quickly changed. He even dabbled in poetry until deciding on entomology for his life’s work.

Shaw said “Planet of the Bugs: Evolution and the Rise of Insects” is an attempt to generate an interest in insects and their importance to nature but also to pass along ideas to a new generation of scientists who he hopes “will do a better job of taking care of the planet than we have done.” 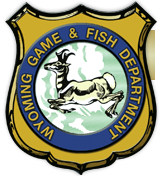