All vehicles on Snow Emergency Routes must be removed by 10:00 p.m. on March 12th.

The City Administrator has declared a Level 1 Snow Emergency effective at 6:00 p.m. on Tuesday, March 12th.

The City Administrator has declared a Level 1 Snow Emergency effective at 6:00 p.m. on Tuesday, March 12th. Per city code, this means that all vehicles must be removed from the designated Snow Emergency Routes by 10:00 p.m. Vehicles not removed from the Snow Emergency Routes by 10:00 p.m. on Tuesday, March 12th can be towed at owner’s expense. When the snow emergency is over, an announcement will be made by the city utilizing local media, the city’s website, and social media. Please monitor these sources for more information.

Snow Routes Designated [PDF]
The following streets or portions of streets within the city are designated as Emergency Snow Routes:

You can use the City’s Snow Removal web application to follow snow removal efforts.

No unnecessary Travel in Wright/ Closings 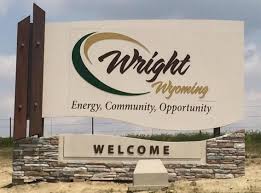