This has to be one of the most selfless acts in the music business: writing a classically country piano ballad and then letting another artist cut it.

So if you feel the way we feel about Old Dominion’s “Some People Do” — one of their most touching songs about forgiveness and hope and winning back trust (or as the band’s Matthew Ramsey describes it, a breaking point song) — you may wonder how it could be penned in part by Thomas Rhett, and then not recorded by Thomas Rhett.

“Some People Do” is the final track on Old Dominion’s new self-titled album, and the band’s frontman Ramsey wrote the song with Thomas Rhett, Jesse Frasure and Shane McAnally.

“The conversation that we were having, I forget what we were saying, but it was like, ’Nobody likes that.’ And someone went, ’Well, some people do.’ And I think Thomas Rhett was like, ’That’s a cool title, ‘Some People Do,’” Ramsey shared in a recent radio interview. “He just sat down at the piano and he started playing those chords. That piano part just immediately changes the room and makes you sit there and listen for a minute. So that’s what happened from the first time he played it, and we started thinking about that.”

Ramsey adds that the breaking point song is about hurting people, and wanting to change. “I don’t care who you are, if you are in this business, you are hurting people. Or you wind up hurting people that you love. Whether that be just with your travel, or maybe you are drinking too much,” he said. “So the want to change is there, and I think inherently we’re all good people and want to be good people.

“It’s about that want to the best person for the people that you love.”

Machine Gun Kelly Has Been Playing Unplugged Shows Before Every Concert 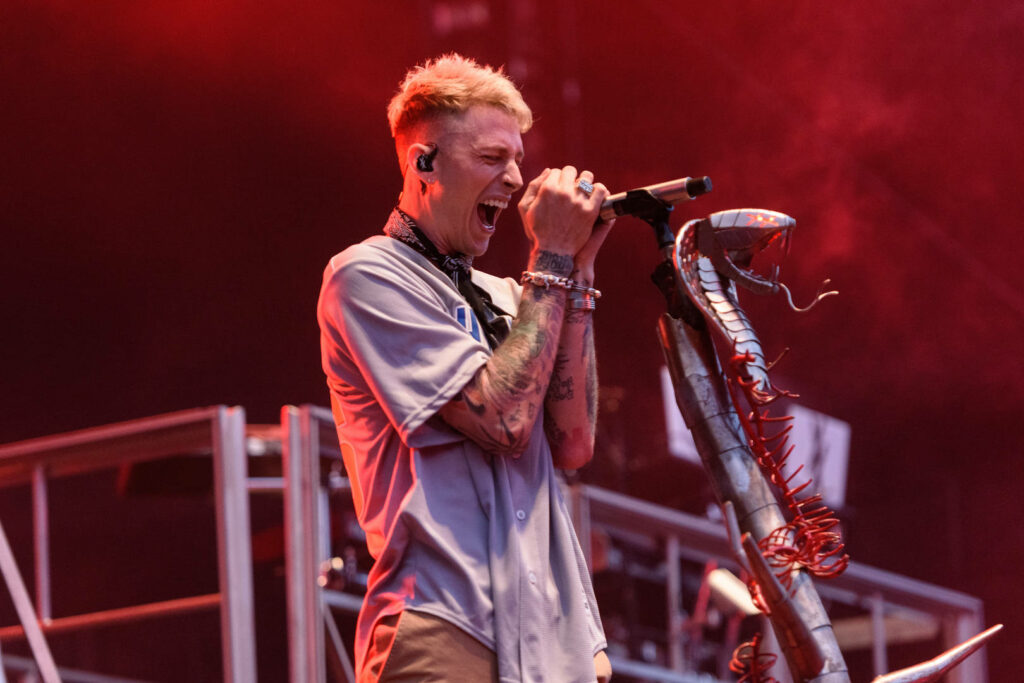