LISTEN: Garth Brooks Plays “We Belong to Each Other”

Garth Brooks and Good Morning America host Robin Roberts have been texting. And when they text, you can usually predict what will happen next: he will send her new music, she will love it, and he will tell her to feel free to go ahead and share it on her socials.

Which is exactly what Roberts just did on her Facebook page.

Brooks didn’t mention many details about the song, other than to say that for him, everything has always just been about the music. In normal times and not-so-normal times. “So when it’s time to say something, I think I’ll put a guitar to it,” Brooks said during his recent Facebook live chat, “and it’ll be something that sounds like, ‘We belong to each other, we are sister and brother, born to love one another.’

“That’s the kind of message that I want to put out right now.”

Lyrics to “We Belong to Each Other”:

Ain’t no wall can divide us, no matter how high
Ain’t no storm can untie us, for all it may try
We’re all leaves on the same tree, under one sky
Don’t let nobody tell you otherwise

It’s whispered by the wind to all living things
It’s in every sunrise, it’s what the wild birds sing
It shines new born eyes
Faces line and worn
It’s the tie that binds us all
And it won’t be torn

We are ancient stars turned flesh and bone
We’re all travelers on a bus ride home
Yeah we laugh and we cry
We rise and we fall
Yeah we fuss and we fight, but through it all

We’re all leaves on the same tree
Waves in the same sea
You and me, we belong to each other

This new song is not unlike Brooks’ 1992 song “We Shall Be Free,” that he co-wrote with Stephanie Davis. He was inspired to write that song after seeing the 1992 riots in Los Angeles. He has described it as “a song of love, a song of tolerance from someone who claims not to be a prophet but just an ordinary man. I never thought there would be any problems with this song. Sometimes the roads we take do not turn out to be the roads we envisioned them to be. All I can say about ’We Shall Be Free’ is that I will stand by every line of this song as long as I live.” 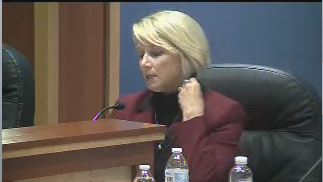