by tiffany goldstein 9h ago

Country music fans have learned to expect the unexpected from William Clark Green, who has a creative eye and a storyteller soul. When the country artist released his sixth studio album “Baker Hotel,” his primary goal was to step outside the box and produce something that had never been done before. Clark called in director Billy Cano and did just that with the “All You Got” music video.

“For me, it’s really all about the craft and artwork. I feel like you eat with your eyes. You can hear with your eyes too. We put a lot of thought into the artwork, the music video, and stuff like that,” Green exclusively told CMT. “It’s extremely liberating to do something different. Let’s try new stuff, live with it, and see if we love it…that was kind of the idea of doing this record. Let’s do some stuff we’ve never done before. Trying not to do the same old thing,” he added.

Green and Cano found themselves bouncing ideas off one another for nearly two years, until they settled on telling a tale about a group of kids in Mineral Wells, Texas. The title-track music video serves as the story’s first installment, where a group of fearless children explore an abandoned hotel and tirelessly try to make it to the top.

Following the success of the state-of-the-art clip that exhibits rural America to a T, Green expanded the narrative in “All You Got.” Within the music video, fans witness the group of children grow up before their very eyes, and one naïve teen even finds himself in a sticky romantic relationship.

Green penned the up-tempo track that displays his distinctive rock flair alongside Logan Wall. Together they cultivated a thought-provoking plot about a breakup from a male’s perspective. Throughout the melody, the protagonist repeatedly encourages his girlfriend to walk away if she disagrees with his outlaw actions. When she caught her partner drinking, she didn’t think twice about kicking him to the curb.

The descriptive lyrics pushed the well-written storyline along, as the boyfriend quickly regrets his words and runs back to his lover. The songwriting has so much imagery, that listeners are destined to feel the weight weighing on his shoulders.

To bring the heartbreak love story to life, Cano placed an old-world twist on the hit and scouted a group of actors to execute the vision. The music video begins with text declaring that it has been “8 years” since the kids ran through the spooky “Baker Hotel.” The mini-movie captures the teenagers drinking in a dated diner parking lot before they head to college. The girlfriend appears to have a great understanding of self-worth and leaves the disrespectful letterman jacket jock in the dust. After wrapping his head around the situation, he followed her to college to own up to his mistakes.

“Honestly, the cast just had amazing chemistry. Billy Cano (director) and team did an amazing job casting, especially considering the ’All You Got’ video happens years after the Baker Hotel video,” Green shared. “It was so much fun watching them create and live in this world we had dreamed up for the album.

The fast-rising musician continued to detail what it was like to film in the quaint town of Mineral Wells, Texas and why the Dairy Mart was the perfect set.

“That whole week was so much fun. We actually shot a series of videos all over Mineral Wells, Texas. But I think for ’All You Got’ – the best moment was filming at the Dairy Mart,” he pointed out. “The staff was so accommodating, and the food was amazing, which made waiting around between takes a lot easier. The entire restaurant just really fit the American Small Town feel, and we were so lucky to shoot there,” he added.

Green stressed to CMT that he hopes the country community gets transported back in time while watching the clip and recognizes the underlining motive behind his 13-song collection.

“We really wanted to create a visual world for fans and listeners of the album to step into. When you’re listening to ’All You Got,’ I want you to get the old school, vintage small town feel. I feel like we accomplished that here,” he said before expressing his endless gratitude. “This album was created during the pandemic, and I didn’t really know what we were going to be able to do in the sense of Music Videos. I’m so thankful Billy Cano, and his team stepped in to build and create this vision,” he concluded. 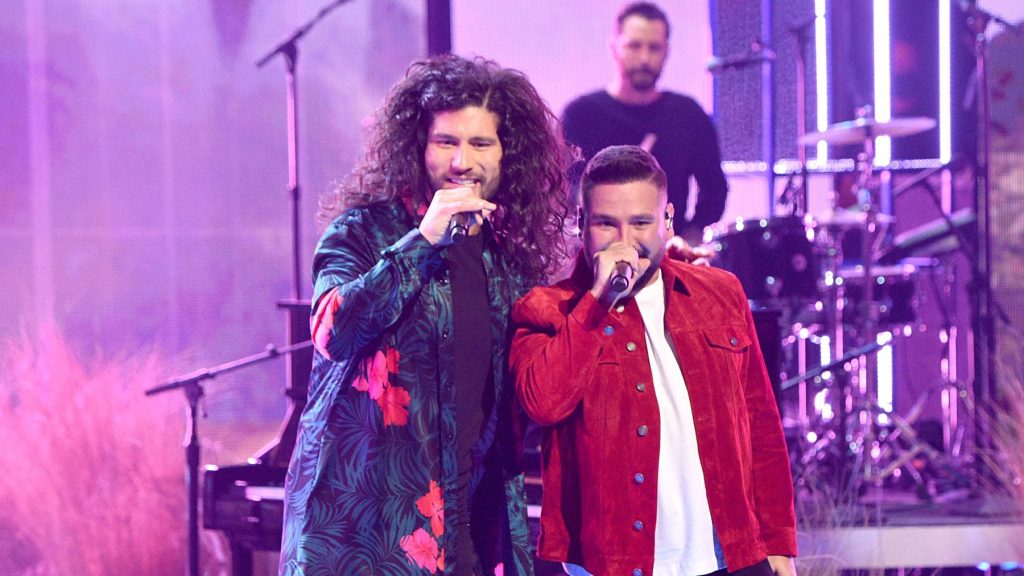