The event kicks off at 10:00 AM with the Big Horn Basque Club dancers. All demonstrations and hands-on stations also open at that time and will remain open until 3:00 PM. At noon, the Low Water String Band from Lander, Wyoming, will give a free bluegrass concert in the field between the Rockpile Museum and Fire Station #1. There will be three scheduled demonstrations of a 1953 J.J. Case threshing machine, a visible reminder of the agricultural lifestyle of northeast Wyoming’s homesteaders. The Festival

Demonstrations will include soap-making, blacksmithing, Dutch oven cooking, spinning and weaving, and the Hiram Gee Bilgewater wagon camp. Visitors will also be able to try a variety of traditional skills at many hands-on stations including felting, wool carding, doll-making, candle-dipping, leathercraft, wheat-grinding, horse-drawn wagon rides, and more. Bring your family and friends and step back in time at the free Homestead Heritage Festival! For more information or to receive a schedule of events, call 307-682-5723 or email rockpile@vcn.com.

This program is held in conjunction with the traveling Smithsonian exhibit, The Way We Worked, which is open at the Rockpile Museum until July 14th. This exhibition has been made possible in Campbell County by Wyoming Humanities. It was created by the National Archives and is part of Museum on Main Street, a collaboration between the Smithsonian Institution and state humanities councils nationwide.

For more information about “The Way We Worked:”

The Club was incorporated in Buffalo in 1981 to promote and preserve the Basque culture. It is a member of North American Basque Organizations, Inc. which is an organization of 41 Basque clubs in the United States, Mexico and Canada. The dance group began with the inception of the club and the name has always been Zaharrer Segi which means “follow the elders/traditions.” This is the perfect name for what the dance group is about. There are around 400 documented Basque dances.  Mick Camino is currently in charge of organizing public performances. He has studied Basque dance for two decades, ever since the 1996 NABO festival was held in Buffalo. The Big Horn Basque Club consists of adults and children who are interested in learning about and sharing Basque heritage and cultural dance.

The Low Water String Band has performed at many events including the Big Horn Mountain Festival, Bear Trap Summer Festival, WYOmericana Caravan Tour, Hiwater Hoedown, and more. However, they have never performed in Gillette. The band combines an energetic style with traditional and original Wyoming-themed music. The Low Water String Band is currently a nominee for Vocal Group of the Year in the 2018 Wyoming Country Music Awards.

David Osmundsen’s passion is creating functional iron forms by blending traditional blacksmithing techniques with modern welding skill to create traditional and contemporary designs. In 1976 David kindled his first forge fire in Colorado, learning blacksmithing from Slim Spurling in exchange for working in his shop. He then went on to teach at Skunk Hollow Forge School of Blacksmithing in Morrison, Colorado for 12 months. In 1977 he was selected by The National Endowment for the Arts to create hand forged iron napkin rings for the United States Senate Wives Committee Luncheon held in the White House by First Lady Rosalyn Carter.

David has over four decades of experience creating artistic ironwork and teaching classes. He opened Arrowhead Forge in Buffalo, Wyoming in 1994. His work has been exhibited in museums and art galleries across the nation.

Thomas Stanley leads this station. He is a third-generation farmer. His grandfather established a homestead in Campbell County in 1922 and did custom farming and threshing while operating his own farm. Tom’s father used Case equipment on his farm and operated a Case dealership in Campbell County for ten years while also doing sharecrop farming. He says, “Farming becomes rooted to the very base of your being. To turn and till the soil and see the crops grow and be harvested is a true blessing for me to be able to do today. I am proud to farm and produce food.” Tom’s family history led to his passion for farming in Campbell County. He is very knowledgeable about agricultural equipment used in this area including the threshing machine that he will be demonstrating, and has been published in agricultural periodicals.

Kim Merchant and his daughters, Ana and Rachel, utilize a restored covered wagon to present trail history to their audience. They also share historic dance and music, as well as offer a young adult’s perspective on pioneer and homesteading life. Kim Merchant teaches elementary special education in Casper, Wyoming, and is an experienced trail traveler. Ana and Rachel Merchant studied classical music and often play bluegrass and old-time fiddle music with their father, who plays guitar and banjo. The girls have won several state fiddle championships and produced a CD. They’ve played for reenactments of the 1860s at Fort Laramie and the Historic Trails Interpretive Center.

Katie Brunson is a science educator, rancher, and outdoor enthusiast. She has co-directed the Outdoor Connection classes at McManamen Park that include geocaching, Dutch-oven cooking lessons, wildlife identification and much more. In 2012, she was named Wyoming’s After-School Hero by the Wyoming Afterschool Alliance. Katie and her team will be preparing several dishes in Dutch ovens and teaching about this timeless, versatile method of cooking that is still favored by many people today. Free samples will be available to Festival attendees.

Ms. Tilton-Chiovaro is a graduate of the University of Montana, Missoula, and taught English, French, and Drama for almost 30 years before her recent retirement. She began weaving as a child and later graduated to a larger four harness loom. She took some classes but is primarily a self-taught spinner. She has washed, carded, dyed and spun a large variety of fibers. Tilton-Chiovaro values the creative spirit and enjoys fostering its release. She has given fiber arts demonstrations in many venues over the years and was a key presenter for the 2012 Rockpile Museum Homestead Heritage Festival.

Mr. Collins is a retired ranch hand who has worked in leather since the age of twelve years. He learned the craft from a school teacher in Nebraska, and continued to refine his skills over the years. He has made both practical and decorative leather objects including hand saw covers, holsters, billfolds, purses, and more. He has been a volunteer 4H leader in Campbell County for 21 years and has led many leathercraft workshops.

Sandi Aberle has been an artist for over twenty years, teaching public and private classes in her own studio, at many art centers and for different businesses. She will demonstrate the art of felting with wool and alpaca fibers. She was the Executive Director at AVA Community Art Center for four years. Her interests include acrylic, watercolor, oils and graphite pencil. Her natural art comes from using wool and alpaca in her felting pieces.  She is the President of the Campbell County Master Gardeners and has been gardening for over forty years.  Sandi pulls much of her art inspiration from her gardens and the Wyoming prairie.

Jess Gray will give free wagon rides at the Festival using his beautiful team of Haflinger horses. Horses provided transportation and field work for many decades in rural Campbell County, well after the automobile and tractors were introduced.

Jordan Hall is the Program director at the AVA Community Arts Center in Gillette Wyoming. He obtained an Art Education Degree from Mesa State College in Grand Junction Colorado. He creates in a wide variety of art mediums and specializes in ceramics, bronze, printmaking, and woodworking. He discovered a passion for soap-making and has been making soap for about a year. He leads soap-making classes and organized the Soap Club at the AVA Community Arts Center. Jordan will demonstrate and explain the process of soap-making and discuss some of the changes in the making soap-making process that have occurred over the years. Samples of soap will be available to Festival attendees. 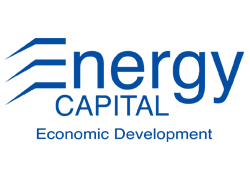 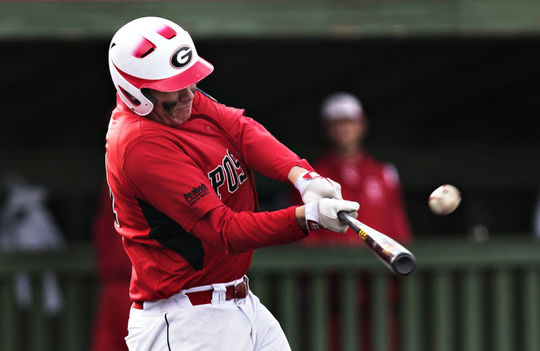