It’s the road nightmare no artist wants to live — an accident involving you or your crew members.

But what could have been a fatal situation turned out to be disastrous only for Granger Smith’s gear and equipment.

While logging tour miles over the weekend, the tractor-trailer hauling Smith’s and his bandmates’ instruments and gear was involved in a serious accident that left the truck completely mangled, but its driver, Charlie completely unharmed.

“We’ve had a hell of a morning. No one was hurt, and my driver Charlie climbed out without a scratch,” Smith captioned the photo.

“We lost gear, but that all that can be replaced. Grateful for my road brothers, and thankful for another day.”

According to Smith’s video post to fans, the caravan was driving through the foggy and winding mountains of West Virginia, when the tractor-trailer began to sway a bit and Charlie overcompensated at the wheel, which led the trailer to flip completely on its side across the entire interstate as you see in the photo.

But Smith and his crew were worried about one thing only: the safety of Charlie. And because he is okay, they are okay.

In the second video posted, Smith even jokes that the guitars involved in the accident were still in tune.

And the show did go on — Smith and company made it to Baltimore where they put on one hell of a show for fans, grateful to be alive and together.

BYRDS STILL ‘CRINGE’ AT PARTS OF ‘SWEETHEART OF THE RODEO’ 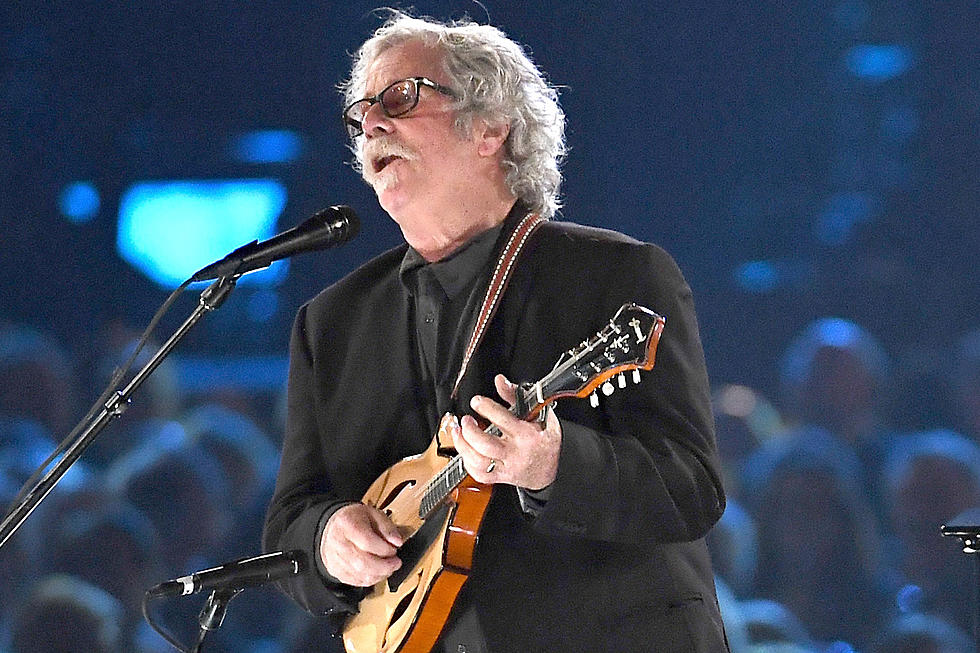