On DECEMBER 4TH, the Campbell County Commissioners will vote to select one of the three to fill the vacant seat. If none get a majority, the decision will be made by a District Court judge, who can pick any qualified county Republican

The seat became vacant when Clark Kissack resigned at the end of October. 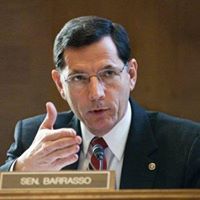