Sammy Hagar said he bares no ill will toward his former Van Halen bandmates or David Lee Roth. But he is curious to see how they’d measure up to his new group.

During an appearance on Howard Stern’s Sirius XM show earlier this week, Hagar was asked if he wished Eddie and Alex Van Halen could hear the upcoming Space Between album by his newest band the Circle, which also includes former Van Halen bassist Michael Anthony.

“I absolutely want that whole camp — I want Ed, Al and David together — to sit down and listen to this fucking record,” he said. “I tell you what, I would love this band to open for Van Halen. Eddie and those guys, they think they don’t need Mike, well … fuck it.”

Hagar said he’s been trying in recent years to re-establish a friendship with the Van Halen brothers, whom he hasn’t directly communicated with since an ill-fated 2004 reunion tour. “I love those guys,” he told Stern. “I don’t want to be back in the band, I swear to God. I love this band right here, it’s all good. But I would like to be friends.”

The recent deaths of several famous musicians — including another former bandmate, Ronnie Montrose — inspired a revelation for Hagar. “I’m older than a lot of these guys,” he noted. “I just thought I don’t want to take any enemies to the grave. Why in the world would you want to take an enemy to the grave, if there is an afterlife? And then have to deal with it later? I tried to get a hold of Eddie, that was the first guy. I sent him a birthday message. I didn’t get a return. It’s okay as long as I feel good about it. I’m not mad at you, I’m not mad at anybody. I’m really not.”

Hagar also said he’s willing to apologize to the Van Halen brothers, even if he wasn’t exactly sure what he did wrong. “For making them feel insecure somehow, whatever I did,” he guessed. “I did something, I don’t know what I did. I invited Ed and Al over to my house recently, I think it was around Al’s birthday … and invited Ed and Al over with their wives, no agenda … just to be friends.”

He said he feels the same way about Roth too. “I gotta get something straight about Dave,” Hagar explained. “I actually like the guy, he doesn’t like me.” Hagar then recounted how he tried to arrange onstage duets between himself and his Van Halen predecessor during their 2002 co-headlining tour, but had no luck.

Hagar also admitted feeling anxious before his first show as Roth’s replacement back in 1986. “I was nervous,” he recalled. “I said, ‘What are they gonna think?’ But we walked out onstage and the barricade came down before we played a note. When a guy like Dave leaves a band, those fans didn’t come to see us anymore. But I had a huge fan base of my own, they came together, they got along, it was good. It was fun, I gotta tell you, that was the greatest time in my musical career.”

Space Between will be released on May 10. The album’s first single, “Trust Fund Baby,” was released back in January; a second, “Can’t Hang,” premiered earlier this week.

The band will launch a tour in support of the record on April 19 in Reno. You can get dates and ticket information at Hagar’s website.

Dierks Bentley: “It’s About Being Intentional” 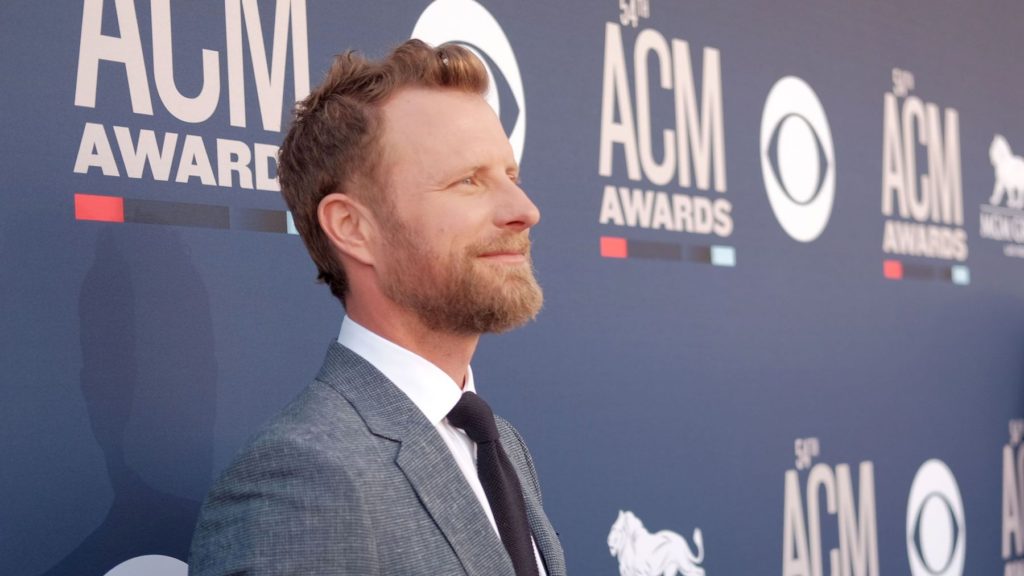