Women and the Myth of the Fetterman Fight

Tuesday, April 23, 6 pm at the Campbell County Rockpile Museum, Shannon Smith, Executive Director, Wyoming Humanities will give a presentation on Women and the Myth of the Fetterman Fight. In 2013, Shannon was selected as the sixth executive director for Wyoming Humanities, our state’s affiliate of the National Endowment for the Humanities and one of 56 state and territorial humanities councils.
She grew up in Gordon, Nebraska, 15 miles south of the Pine Ridge Indian Reservation, and attended the University of Nebraska at Kearney where she received a bachelor’s degree in computer science in 1982 and worked for two decades in the software industry in New York City, Boston, and Denver. Shannon returned to the University of Nebraska where she received a master’s in American History in 2001 and began her teaching and writing career focusing on women in the West and in Wyoming in particular. From 2002-2009 she taught at Oglala Lakota College on the Pine Ridge Reservation.
She is the author of “Give Me Eighty Men”: Women and the Myth of the Fetterman Fight, winner of the 2009 Wyoming State Historical Society non-fiction book award and is working on a biography of Frances Grummond Carrington, one of the officers’ wives who wrote about her experiences in Wyoming Territory. She and her husband, Scott Holthus, have three children and two, soon to be three, grand-children.
Campbell County Historical Society is a chapter of the Wyoming State Historical Society. Programs are free, unless otherwise noted, and open to all.

MAGIC IS COMING TO CAM-PLEX 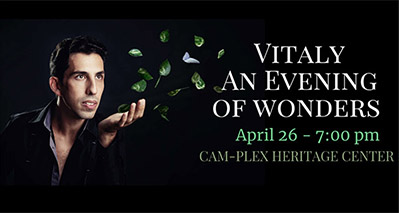 Wyoming Fatalities Linked To Lack Of Seatbelt Use