This is the kind of love and adoration Eric Church inspires.

It was close to 1 a.m. Sunday morning (May 26) when a couple of diehard fans exiting Nashville’s Nissan Stadium as Church was finishing his four-hour-long Double Down concert were overheard arguing about what song he was going to play to end the night.

“It has to be ’Monsters’ if his sons Boone and Hawk were there,” one of them guessed.

“Naw,” the other said. “His sons are there every show. Eric wouldn’t do that.”

For the record, the finale of Church’s only stadium show of the Double Down tour was “Those I’ve Loved,” “Springsteen” and Jackson Browne’s “Stay.”

Church secured his status as the rebel yell of country music at last night’s show (May 25). He could have sung all night by himself — just him and a guitar — and he would have still had everyone captivated by his natural charisma, the irreproachable conviction in his words, and world-class musicianship. But his command of the stage was only heightened by his longtime band which included powerhouse vocalist Joanna Cotten and instrumentalist Jeff Hyde, the latter of whom released Norman Rockwell World in 2018, co-wrote “What Goes Up” on the new George Strait album, Honky Tonk Time Machine and has contributed to many Church albums.

The concert was incomparable to any other touring entity today. Church and his band had no openers, and fans arrived hours before downbeat to be the first in their seats for the marathon of music ahead. According to Church’s publicist, he set a new attendance record as the first act to draw 56,521 fans to Nissan Stadium as the venue’s only headliner without any direct support. The previous attendance record was set at 56,112 in 2018.

“I came here 15 years ago, and I had dreams,” he told his adoring fans toward the beginning of his concert, “but I’m not sure I could dream this big. Tonight is a special night for me, and you know this if you’ve been to any of our shows on the Double Down Tour… I’m gonna give you everything I’ve got all night long, and tonight is going to be a revival. I promise you.”

Church showed that he could easily be named the next entertainer of the year and proved that he is more than ready to headline any of the nation’s major all-genre festivals. Fans sang along to every damn song, and there were 37 of them.

Before he took the stage, Church hosted a VIP toast with Jack Daniels shots for hundreds of music industry guests in one of the stadium suites. While there, he was surprised with commemorative RIAA plaque commemorating 30 million in overall certifications.

Here is the set list from Church’s Double Down concert in Nashville.

Set Two:
The Outsiders
Knives of New Orleans
Drink in My Hand
Carolina
Chattanooga Lucy
Round Here Buzz
Kill a Word
Pledge Allegiance to the Hag
Jack Daniels
Higher Wire
Mixed Drinks About Feelings
Some of It
Like a Wrecking Ball
Keep On
Give Me Back My Hometown
These Boots
Smoke a Little Smoke
Holdin’ My Own 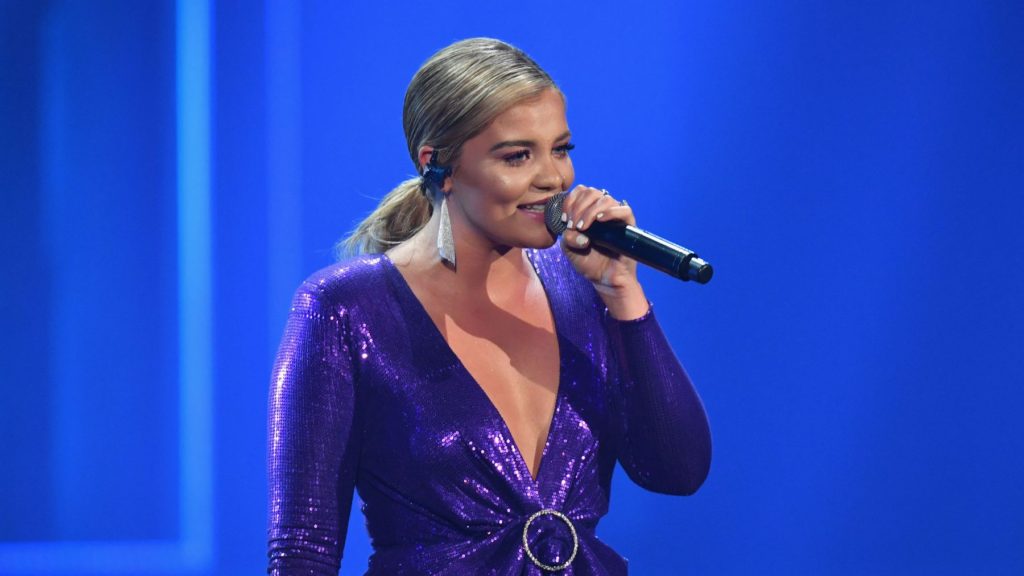