Ashley McBryde spent a decade trying to get noticed in Nashville — and those years under the radar have shaped her into the accomplished artist she is today. Her major label debut, Girl Going Nowhere, even earned a Grammy nomination for best country album.

CMT Hot 20 Countdown caught up with the ACM Award-winning performer at Cain’s Ballroom in Tulsa, Oklahoma, to talk about her rise from an unknown singer in biker bars into one of country music’s most determined newcomers.

CMT: You earned your success over the last nine or 10 years. What was that slow build like for you?

AM: It took a really long time, I’m not ashamed of it. I did have someone say on social media, like, “I don’t think 11 years is something to brag about.” And I was like, man, if you can stand toe-to-toe with this city and slog it out for 11 years, then you do feel good when that little bump of momentum happens. I get to play here. This is not a participation trophy. This isn’t a favor from somebody’s uncle. I earned my spot here.

I think that’s the cool thing about slogging it out in dive bars — I say dive bars, but not as an insult. Biker bars, trucker bars, places where the people are really cool, really genuine. And sometimes rowdy but you learn how to shuck and jive and get through the night. And once you get to a stage like this you earned it. It’s like a college degree. There’s no one that can argue that you didn’t earn that spot.

How valuable has that musical development and experience been over the years?

Oh, 1000 percent. The way we look and the way we sound is because of all of that development. It happens organically. I mean, you drive 60,000 miles a year in your truck, alone with a guitar and a beagle, and you learn how to perform to a crowd who can’t honestly care less that you are there. It’s loud and they don’t turn the TVs off when the ball game’s on, so the things that you learn how to do in those situations is 1000 percent responsible for the way we know how to entertain now.

Did your early rejection help you over the last 10 years?

Oh yeah, and the first few no’s that you get, they sting so bad. They really do shake you for a second and you wonder, “Should I do this”? But then that other part of you — the stronger, small voice — says, “Well, now you have to.”

What have your friends said to you about what’s happening now?

We were at a festival not too long ago and a very good friend of mine was standing with an old friend of his out in this huge sea of people, and there’s this giant stage thrust that goes out. I used to be afraid of those and now I’m learning how to walk out there.

He looked at her and said, “What’s it like to look at her now? And think back to eight years ago the first time you ever saw her in a bar in the middle of nowhere in Kentucky?” And she just started crying.

So they feel it the way I feel because I’m just like, “Aw, you guys, look what we’re able to do now.” Just because we stuck it out and got better, because I’m sure we weren’t great when we started.

You’re not getting played on country radio. Does that frustrate you?

No I’m not. At first when starting radio tour, I was told it would be a bunch of fluff and it’s a bunch of crap and you have to do a lot of butt-kissing you don’t wanna do — and it’s still not gonna get you anywhere.

I thought, “Yeah, you gotta be making this stuff up.” You’re telling me all I have to do is hang out with people and hope they like my music? That’s what I’ve done for years. And then I did that and was like, “Oh man, this is really hard.”

But surely there are lots of people with giant hearts that really want to get into cool songs. But they seriously don’t. This is, “Are you looking at this? Is anybody else seeing this? You gotta be joking me.”

One time when I was younger we found a stray dog and brought him in the house and tried to make him feel at home — and he bit one of my siblings. OK, that’s the dog you brought home, so if you get bit, you really can’t complain about it.

I go to radio and if I don’t [get played] — participation trophy, it’s OK. Not everyone is going to like my songs anyway.

(laughs) I didn’t mean it in a bad way. He was a really good dog. And you know what? Being a radio program director is really hard. It broke my heart for all of the artists that I know that are doing the thing, and are getting ready to do the thing, and it really breaks my heart for music directors and program directors because they are shackled on both hands and both legs. And even if they love your song, they can’t necessarily play it.

Eric Church, in some ways, followed that path.

I was told I have Eric Church Syndrome.

And yet he got there. Has that been something you can point to? “If he did it, I can do it”?

Yeah. I didn’t play his Nissan Stadium show but he invited me to come and be there. So right before the show started, I went and stood side stage and walked out through the amps and looked out and remembered when I played this one venue in Chicago and how many people were there — it was my first time there.

Eric had played the same place 10 years before that and there were only nine people in the audience. I actually have met some of those nine people and they come to my shows in this venue. And then I look out at Nissan Stadium and I see 56,000 people. …

He takes his music directly to people that want to hear it. And they talk about it, and they buy the records, and they buy the merch, and they come to the shows, and they keep it alive. So I was told I have Eric Church Syndrome and I don’t think that’s a very bad disease to have.

What kind of sense of satisfaction does it give you that you’re doing it that way?

It makes me go, “OK, it’s going to be all right.” At the same time, when people say, “You remind me of Eric Church,” I go, “Don’t say that just because they don’t play me on the radio.” If that’s why I remind you of him, then don’t do that. And there’s so much more to it. To say any artist is like any other artist would be a mistake.

But to see Eric and to have been around him, and just the few times that I have, and to know that he didn’t seek to be this way… He didn’t try to do this the left or the right way. Neither did I. I didn’t mean to be the girl that talks about whiskey and Spandex all the time, it just happened. I don’t know, I am proud of it.

If someone didn’t know you or your music, what would you say to them?

All I ever say to people that don’t know me is, “Hi, I’m Ashley, and this is my band. Aren’t they cool?” And if you’ve never seen our show before, I would hope you would walk away going, “That is a stage full of people that love to play music together.” It’s just joy.

We play together the way we feel about each other and even if you don’t necessarily care about our genre of music, or if your friend dragged you by the nails to Cain’s Ballroom to watch us play, I would hope that you would go, “Man, if nothing else, they play as hard as they can and they love every second.” 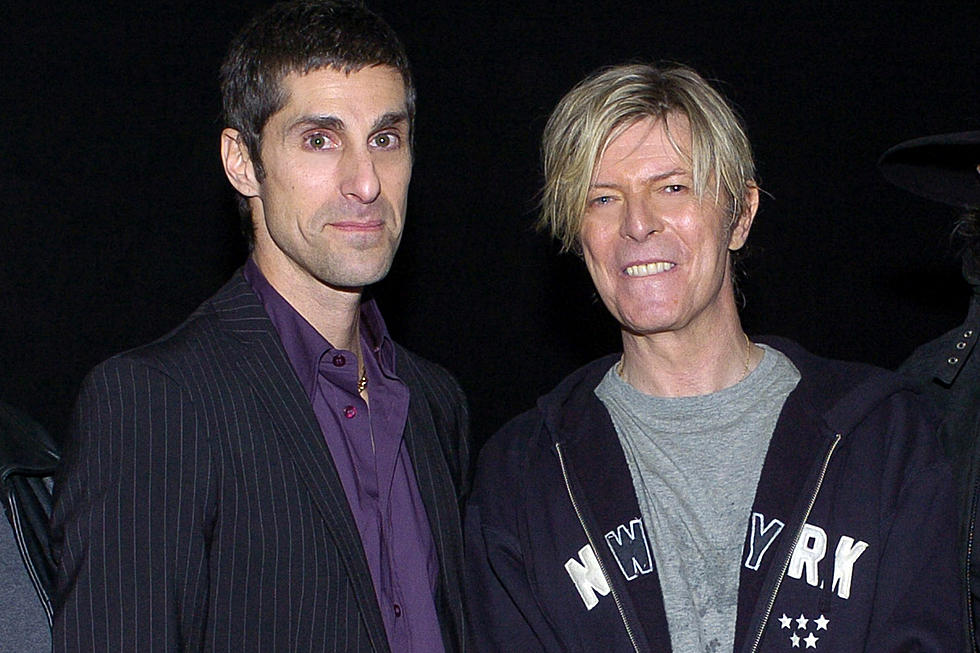